Why I love Jaqueline Wilson by Bethan S1

My favourite author is Jaqueline Wilson because of her style.  I enjoy when she writes in a fantasy land because of the description she gives!

When I was younger I hated reading until I started reading Jaqueline Wilson, now I can’t put books down. I like stories with a bit of a climax if not there’s no point in reading it.

Before I start a book I read the middle chapters so that I can get into it.  I also like older novels because they’re interesting the way they write them.

Adventures in Time and Space by Claire S2

Book Week is a great opportunity to celebrate both books and the authors who write them.  Each year Book Week is themed, the theme this year is Science Fiction.  An example of science fiction is Dr Who, which is also a television series.  For book week we have been taking part in many exciting activities such as meeting authors and making sculptures completely out of books.  Book Week is great fun and I would definitely recommend doing something to join in.  Have a Good Book Week.

Posted on October 3, 2013 by Christine Babbs

This list shows off what I think are the best of the young adult books I’ve been reading recently.

Paper Aeroplanes is the story of fifteen year old Renee and Flo, two girls who seem the most unlikely of friends. Growing up on Guernsey in the 90s as a teenager is difficult enough, but Renee still suffers over the loss of her mother, while Flo’s family is being torn apart by lies and depression. The girls have to contend with the usual teenage girl troubles (school, periods, boys) while also keeping themselves, and their dysfunctional families, together. The result is a book that is fiesty and fun, while also heart breaking, and honest. If this book had existed when I was a teenager, it would have been one of my favourites.

Jammy and Sonny are two brothers, aged eighteen and sixteen. They live in a rough area full of high rise flats, full of drug addicts, alcoholics, and gangs. Sonny is left to fend for himself, however, while Jammy is fighting in the army in Afghanistan. The first half of the novel is split between the two brothers, each telling their story of how they are coping in their respective nightmares. The brothers eventually come together again during Jammy’s two weeks of R&R. It is supposed to be a time for rest and relaxation, but Sonny quickly discovers that Jammy has changed. Things have happened to Jammy in Afghanistan that cause Sonny and their friends to really worry about him.

This book is action-packed, emotional, and brutally honest. All the same, it’s a very enjoyable book about important issues.

Todd lives in a town where he is the last child. As soon as it’s his birthday, he will become a man. That, and women don’t exist anymore. The men carry on with their lives, but they can hear each other’s thoughts all the time – a problem that they call Noise. One day, however, Todd discovers a gap in the Noise, a place where somehow there is silence. What he finds there leads him on an adventure that spans over three books. This is, without a doubt, the best trilogy of books I have ever read. As soon as I finished The Knife of Never Letting Go (the first one) I rushed straight to the book shop to buy the second book. If you like well-written books with lots of action, amazing characters, and clever storylines, then these are the books for you. P.S I dare you to read all three without crying once.

Howl is one of the most fantastic characters I’ve ever read. He’s utterly ridiculously, completely melodramatic and yet just so endearing. For a man who eats women’s hearts, it’s impossible not to fall in love with him. This story is full of fairytale conventions, and includes all the magical elements of fantasy: witches, magical contracts, curses in aplenty. Howl’s Moving Castle is a charming and delightful read: I giggled the whole way through. I’d urge anyone (particularly those with a love of handsome drama queens) to pick it up.

5.The Perks of Being a Wallflower – Stephen Chbosky

This is one book I really wish I’d read when I was a teenager. The Perks of Being a Wallflower is told by Charlie in a series of letters to ‘Dear Friend’. In many ways Charlie is a ‘typical teenager’; discovering himself through the songs he hears, the people he meets and, more importantly, the books that he reads. However, as the story unfolds the reader learns more about his mind and his past, and with a number of doctors and psychologists, it’s clear that Charlie hasn’t had an easy life, even at the age of fifteen-sixteen. The Perks of Being a Wallflower is tenderly and beautifully written and reaches out to any reader who has ever experienced teenage loneliness. My way of finding inspiration is to look at the world around me, notice the magic and think of a story that could fit into this world. Who would be there? What would they do? I think that this is a wonderful way to find inspiration as it makes me pay attention to where I am and what it could be, rather than just ignore where I am, ignore the possible stories. I love to find out how others find inspiration as it gives you a good insight as to what they’re like and who they are.

Why I want to be a CHERUB by Daniel S2

Posted on September 19, 2013 by Christine Babbs

I’m certain that everyone who has read the CHERUB series would agree with me. It’s probably the most exciting thing a teenager could do. Getting to go on missions and fight crime with the amazing karate skills they’ve armed you with. And then to be able to learn about espionage and weaponry alongside your normal education.

And then when you get to go on missions you move up the ranks and gain a new colour of T-shirts. It would be amazingly fun and exciting and the sense of achievement would be great.

That’s why I want to be a CHERUB. 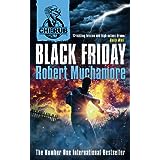 “I wish I was away in Ingo”

Posted on September 12, 2013 by Christine Babbs

Don’t you just love when a book you are reading fits perfectly with your surroundings? I experienced that feeling a year ago while in Arisaig reading ‘Ingo’ by Helen Dunmore.

It was a great feeling to read about a girl living next to the sea while you yourself were too. It was as if all the descriptions and surroundings in the book came to life. The crashing of the waves on the shore, the sound of dogs barking and seagulls and other birds laughing in the sky.

I loved also how you could walk in the footsteps of the characters. See and hear what they could, and walking over rocks by the shore like they would. It made the book feel much more personal to you. And for a few glorious hours, you felt the wonderful sensation that your life was a book. You could see the world through the characters eyes.

So my advice to you, dear reader, is this – next time you are looking out a holiday read, think wisely. For you never know where that book might take you.

Posted on September 10, 2013 by Christine Babbs

A few nights ago, I was asked to read a bedtime story to a little girl and her brother.  Of course the little boy like most others lost interest after about 10 seconds so it was mainly the girl listening. 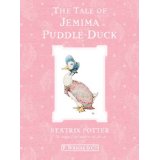 When I got home I decided to look out my collection of Beatrix Potter books and I found myself reading them all right there and then on the spot.  I was only snapped out of it when my dad shouted me for tea.

Its good to have all those memories come rushing back.  But most of all it was great to see the excitment and enthusiasism in a child’s eyes over a “stupid duck”.  And then as you read the words The End to hear a little squeaky voice say again please.

Plans for the Blog

Posted on September 4, 2013 by Linda Strachan

I’d like to thank your librarian Christine Babbs for all her enthusiasm and help in getting started and I am looking forward to getting to know you all.

I will be delighted to hear from you if you have any ideas you want to share. There are pages for Book Reviews and ‘must read’ books for our RaveAbout Booklist.  If you have been Writing or had some success with your writing you can share that here, too. We will also have Competitions from time to time and News from the world of books and writing.

I will be writing a few blogs but I am hoping that each term we will also have  short blogs written by you.

Each term I hope we will have –

So go and pester your teachers or any member of school staff, or parents to come along and join us by writing a review or a blog.

Remember this is your Book Blog. It is  for you, about you

and all about   Our Books On The Brain.

Posted on September 4, 2013 by Linda Strachan

This blog ‘Our Books On The Brain’ is where you – the students, teachers, staff and parents of students attending Liberton High school can discuss books, enter competitions, display your own writing and generally have fun and exchange ideas about anything to do with books, reading and writing.