This is our competition page where we will be running competitions and announcing the winners.

Christmas was the theme for our first writing competition.  I wrote a story starter for a ghost story and entries were requested to complete the ghost story –

The best kinds of stories are those that surprise us. This is the start of a Christmas Ghost Story. Can you tell the rest of the story and perhaps turn  our expectations around?   Ghost stories are scary, but sometimes what we are most scared of is really all in our imagination. Can you turn this ghost story into a heart-warming Christmas Story and surprise your readers?

I heard the sound of footsteps in the thick snow, a creaking door and then there were those shadows cast by the full moon. I  thought it was part of a ghost story and then I realised that I was in the middle of the strangest and scariest story I could ever have imagined.

Better to start at the beginning. My name is… perhaps I shouldn’t tell you my name, just in case?

We were waiting by the old wrought iron gates. You know the ones, the creepy tall gates with snarling winged creatures perched on top of each one. They lead to the old broken down house, the one at the edge of the village that no one ever goes near.

It was a dare.

We had to mark the back door of the house with a circle of white chalk. Kira and Penfold had said that we wouldn’t do it, that we would be too scared to go through the gates and right round to the back of the house, after dark.

We told them we would do it. We weren’t scared. It was easy to say that in the daylight.

It had started snowing this morning and now everything was covered in a thick layer of white crisp snow. We pushed the gates open just enough to squeeze through, leaving footprints in the snow. The wind started whispering through trees and the full moon cast long grey shadows, shadows of the gates and their snarling iron creatures. We looked at each other, tight smiles that hardly hid the way our hearts were thundering. No one ever went near the house. It was such a bad idea but it was too late now, we had to go through with it.

We managed to keep going up the winding path, past the bushes, until the house loomed tall and forbidding in front of us. The gates and safety seemed far away behind us, hidden by the bushes. We crept past the front door.

That was when I heard it…… 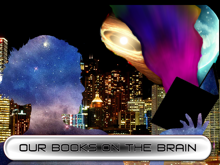 The first competition was to design the header for this blog and I am sure you will agree that Jamie Cole, the winner, created a fabulous image.

Watch this space for our next competition!